"That is the true genius of Baldwin -
that it teaches our girls to say what they think,
write what they feel and live what they believe." 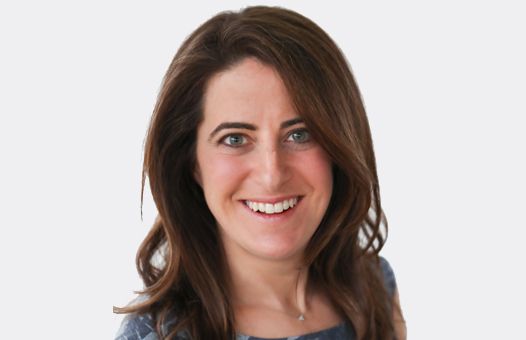 I’m delighted to welcome you to The Baldwin School, where our girls discover their love of learning in a community of expert educators committed to bringing out the best in every girl.

As an alumna myself, I know firsthand the power of a Baldwin education. It’s in the personalized way every teacher helps you pursue your passion. It’s how your classmates inspire you to be your best self, in and out of the classroom. It’s when fellow alumnae, from across the generations, support you, personally and professionally, for the rest of your life. It’s why I’m so proud to cheer on our Baldwin graduates, who are making an impact in every sector, around the world.

That’s also why we are so excited to welcome new students into our close-knit community. To find girls who will enjoy the challenging liberal arts curriculum Baldwin offers in every grade, where we aim to maximize the potential in each and every student. Girls who will be energized by our innovative DREAM Lab®, our extensive visual and performing arts offerings and our award winning athletics program, finding her voice in a community that becomes her second home.

We look forward to welcoming you to campus soon, so you get a better sense of why we are all so passionate about Baldwin. I have no doubt that it will make you – and your daughter – want to become a Baldwin Bear!

Dr. Porges, a member of Baldwin’s Class of 1996, began her tenure as Baldwin's eighth Head of School in July 2016. We invite you to watch the video from her installation ceremony, which gathered the Baldwin community to celebrate the School’s mission, impact and bright future.

Before returning to Baldwin, Dr. Porges served at the White House, as White House Fellow and a senior advisor for cybersecurity and technology policy at the National Economic Council. Prior to joining the White House, she was a Fellow at Harvard Kennedy School’s Belfer Center for Science and International Affairs and at the Council on Foreign Relations. In these roles, she traveled throughout the Middle East and Afghanistan, conducting research on counterterrorism—including interviews with former members of Al Qaeda and the Taliban and Syrian rebel fighters, where she sought to better understand their perspectives. Dr. Porges also served as a counterterrorism policy advisor in the U.S. Departments of the Treasury and Defense, and on active duty in the U.S. Navy, flying jets as a Naval Flight Officer.

Dr. Porges, who grew up ten minutes from Baldwin, holds a bachelor’s degree from Harvard University, a master’s degree from the London School of Economics and a doctorate from King’s College London. Her awards include the National Committee on American Foreign Policy 21st Century Leader Award and the NATO Medal for service in Afghanistan. She is widely published, including by The New York Times, The New Yorker, The Wall Street Journal, and other top-tier outlets and she has appeared on CNN, CSPAN, Al Jazeera and more.

In 2018, Dr. Porges was named a Senior Fellow by The Foreign Policy Research Institute (FPRI) and member of FPRI's Board of Advisors. FPRI is a non-partisan, non-profit organization dedicated to bringing the insights of scholarship to bear on the foreign policy and national security challenges facing the United States. It seeks to educate the public, teach teachers, train students and offer ideas to advance U.S. national interests.